Why you should almost never use polymeric sand for landscaping

As a landscaper in Victoria BC, I often am asked about polymeric (or poly-) sand. Commonly used in landscaping projects involving interlocking pavers but sometimes with stones as well, poly-sand is a type of product used to fill in the gaps between stones or pavers that is supposed to prevent weeds. After decades of aggressive marketing, many in the landscaping trade and in the general public ask for the use of this product. Here are some compelling reasons why you should reconsider using this product. 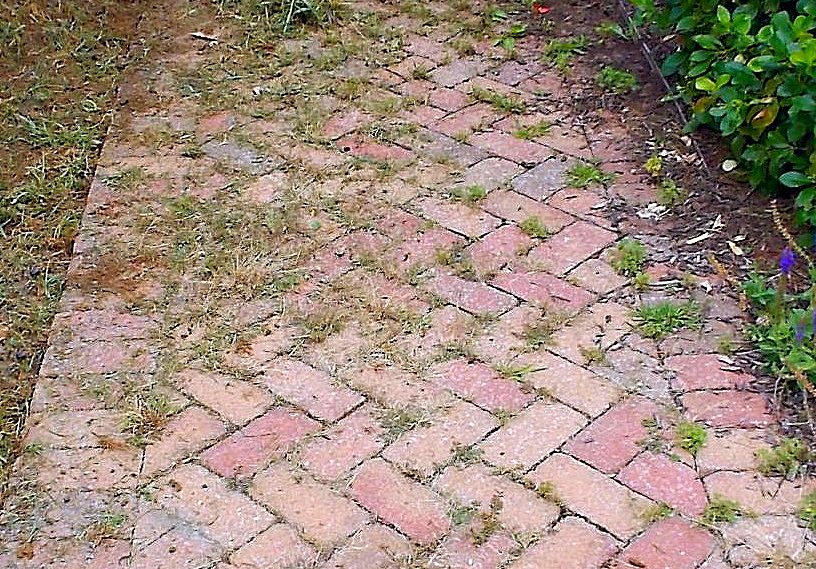 When it comes to interlocking pavers and flagstone, an often experienced phenomenon are weeds growing in the cracks and joints between the stones and bricks. Everything from landscaping fabric to pressure washing to gimmicky sands are used to try to prevent this. But here’s the thing: none of these work and here’s why.

Polymeric sand when activated by water forms a hard surface that is difficult for weeds to break through. So far so good right? However, this only works for weeds coming from below. As we know plants grow upwards and so while it puts a hard ceiling on what can grow from underneath, it does not put such limitations on anything that embeds from above. What typically happens with weeds is that wind, runoff, and animals transport seeds all over, including the little crevices known as joints between your stones and bricks. The overwhelming majority of weeds and mosses in older interlocking pavers are deposited from above, not pushed up from below. As a result, the polymeric sand does not prevent where the majority of weed seeds are coming from: up above.

They are Terrible for the Environment

As hinted in its name, polymeric sand is a derivative of plastics. It combines traditional fine sand with bits of plastic that is activated by water. Once triggered, the bits of plastic bond together to form a single plastic surface. As explained above, the idea is that nothing will push through this plastic barrier. However, as we all know with anything plastic, they tend to break down into smaller bits. What happens is within just a few years, the polymers start to break down into smaller pieces. These then leech into the soils and the sewer system where they eventually enter the rivers, lakes, and oceans, as micro particles of plastic. From there they work their way into the food pyramid where they end up in our bodies along with all the other plastics we put into the world. No thanks! 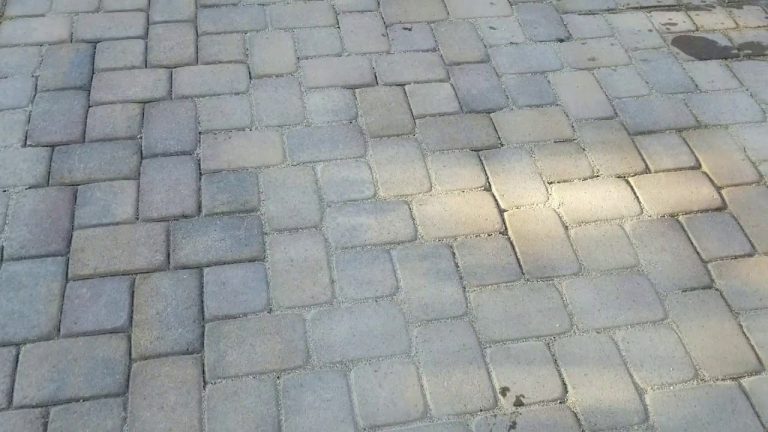 As many users will attest to, polymer sand will often stain the pavers or stones sometimes for months, sometimes forever. The manufacturers like to claim it’s user error but of course they will never admit their products can have the wrong pH and end up reacting with the coatings of pavers. Even by following manufacturers’ instructions to the letter, many users experience the polymer sand haze seen above.

Polysand is a heavily marketed and pushed product used often in landscaping projects involving pavers and sometimes flagstone. They are in reality terrible for environment, introducing microplastics into the water supply and food chain. They are triple or more the price of regular old joint sand. They fail to prevent weeds, which is arguably the top reason why people use them, due to the nature of seed propagation. They are nothing but a gimmick that should be avoided in all but the most special circumstances.